Séminaire : The Politics of Carbon Taxes and Cap-and-Trade in a “Bottom-Up” Climate Change Regime: Comparing the BC and Quebec Experience

Séminaire : The Politics of Carbon Taxes and Cap-and-Trade in a “Bottom-Up” Climate Change Regime: Comparing the BC and Quebec Experience

The debate about the most appropriate carbon pricing instrument has a long pedigree in climate policy circles, with much of the debate turning on comparisons of carbon taxes versus cap-and-trade. However, a close read of this literature suggests that the debate has been framed against the backdrop of an implicit national or global authority. Indeed, in a recent paper, Weitzman imagines a “World Climate Assembly” voting to adopt either a global carbon tax or cap-and-trade system. How might these instruments’ performance differ under the current “bottom-up” polycentric climate change regime and what is the most effective policy tool for fostering cooperation in the absence of a central authority? I seek to answer these questions by drawing on the recent experiences of Canadian provinces of British Columbia (BC) and Quebec, which are almost ideal examples of carbon tax and cap-and-trade systems, respectively. Until late 2016, when details of a new federal carbon pricing policy emerged, climate policy in Canada was driven almost exclusively by provinces. While the two climate policy instruments are very similar in economic terms, results suggest that they are politically quite different. 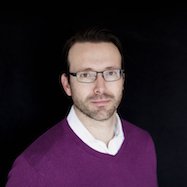